As more students return to campus, the availability of rapid COVID testing in the school setting is set to play an important role in keeping North Beach schools operating without interruption when a student or staff person displays potential COVID symptoms.

The faster that administrators can determine whether a symptomatic student or staff person tests positive for COVID, the more quickly contact tracing and quarantine efforts can be implemented, and the more effective those efforts will be.

The added benefit of in-school testing is that is helps bridge an access gap for families who lack transportation or face other barriers to getting a test. “This supports our families by preventing unneeded trips to the hospital or health department, because we can manage testing internally,” Superintendent Andrew Kelly said, adding, “It means less time out of school for our students, as well.”

The district originally obtained a brand of tests that can be used only by individuals 18 and older, and results were relatively slow in coming – between two and four days.  Not satisfied with the limitations of the original test, District Health Nurse Ann Allen set out to find rapid COVID-19 antigen tests that can be administered to both youngsters and adults. She was successful, and the tests have been distributed to North Beach schools, along with a protocol for administering and validating them.

Ms. Allen notes that the tests are shallow nasal swabs, which take a sample from just inside the tip of the nose. Students under 18 will not be tested without a call to parents to get their permission first. 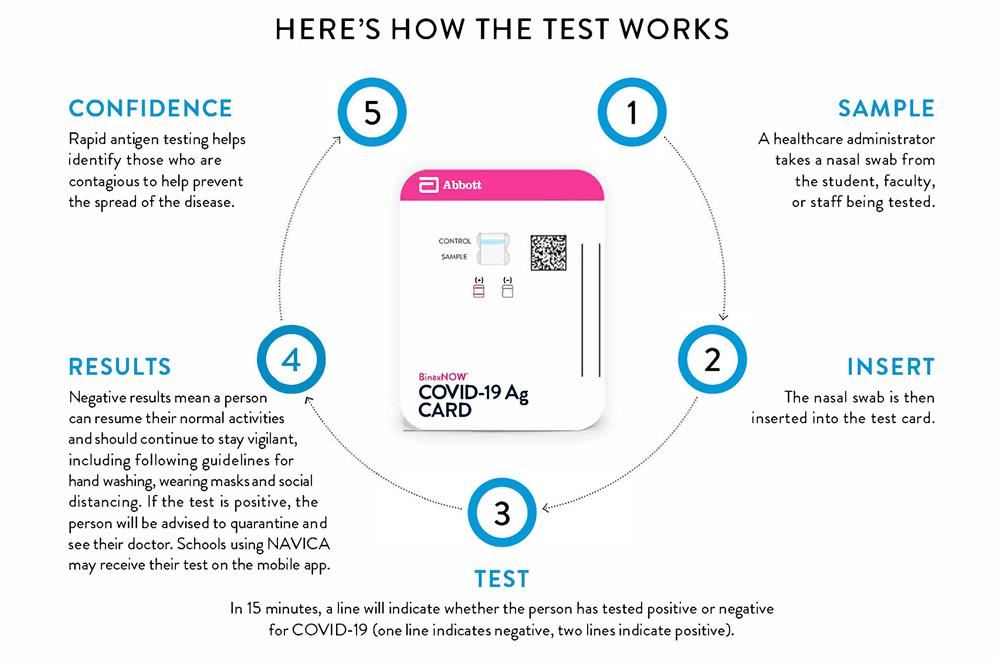 During the first week of March, Ms. Allen administered 13 tests, all of which were negative. These results are consistent with data from three small Washington state school districts that trialed rapid testing earlier this year, and those from across the country, which indicate COVID cases in schools are rare. Two school districts that were part of the pilot, Eatonville and Peninsula, together recorded only 18 positives out of nearly 5,000 rapid tests. A January 13 report on all three pilot programs, White River School District included, suggests that only .2% of those tested were infected. The trial has now been expanded, according to a February 8 Seattle Times report.*

The small number of positive tests in schools may cause some to question whether in-school testing is a justifiable expense, however, with more contagious mutations of COVID-19 now circulating, even a small number of positive cases could turn into big problems in a school setting. By implementing rapid on-site testing, North Beach School District is remaining vigilant and keeping its promise to staff and parents to do all it can to protect their health as in-person learning is expanded.

Superintendent Kelly thanked Ms. Allen for her leadership and gave kudos to the NBSD Board of Directors, which has supported the expansion of health/wellness services on school campuses. He also applauds the district’s staff, who are willing to explore and support additional ways to keep students and staff safe, while keeping school operating as normally as possible.